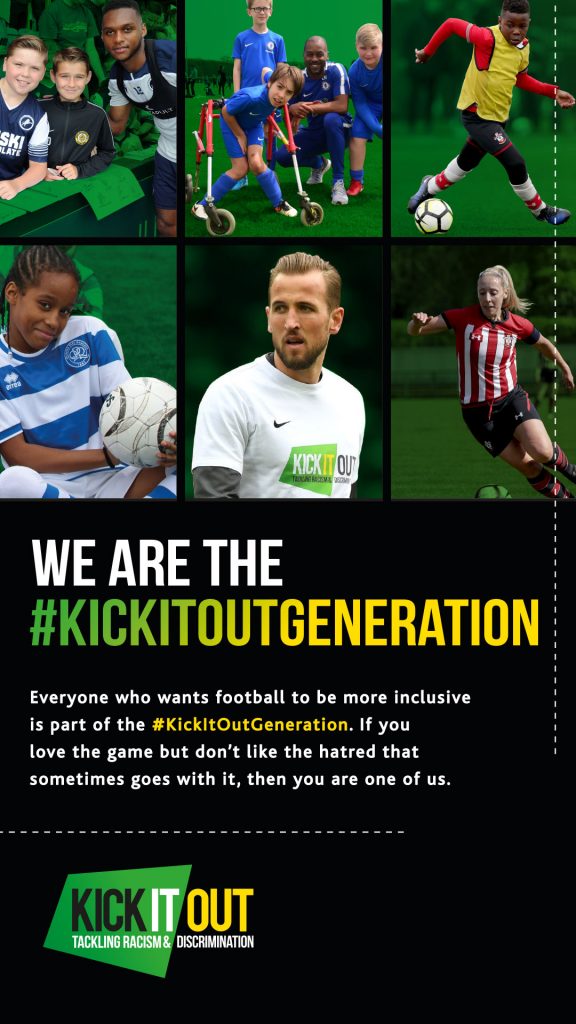 TOGETHER WE WILL KICK IT OUT!!

Kick It Out is an organisation that encourages equality and works throughout the football, and educational sectors to challenge discrimination. This organisation is inspiring many grassroots clubs as possible to support the fight for equality in football by encouraging inclusive practices and campaign for positive change. Kick It Out has helped enact a huge cultural shift in the approach of individual supporters, clubs and footballing institutions to equality. At grassroots and in the professional game, Kick It Out is a reporting bureau that will raise incidents of discrimination with the relevant authorities and support victims through the process. The organisation has supported thousands of victims since its inception, and has created a number of educational resources which teach stewards how to correctly identify discrimination towards marginalised groups. Whether it’s attempting to enact cultural change or offering support to victims of discrimination, Kick It Out has been a leading organisation in attempting to achieve cohesion in British society.

WHY HAVE WE BEEN AWARDED?

Discrimination has no place in football

If you’ve seen or heard discrimination in football, please follow the following steps:

Another way you can report is by filling out an online form on Kick It Out website. Click here to easily report discrimination online.

We’re an Kick It Out Equality Charter Standard Club!!